We have a small Whoville display set-up at the Brickmania store in Vallejo for the holidays. Please check it out. 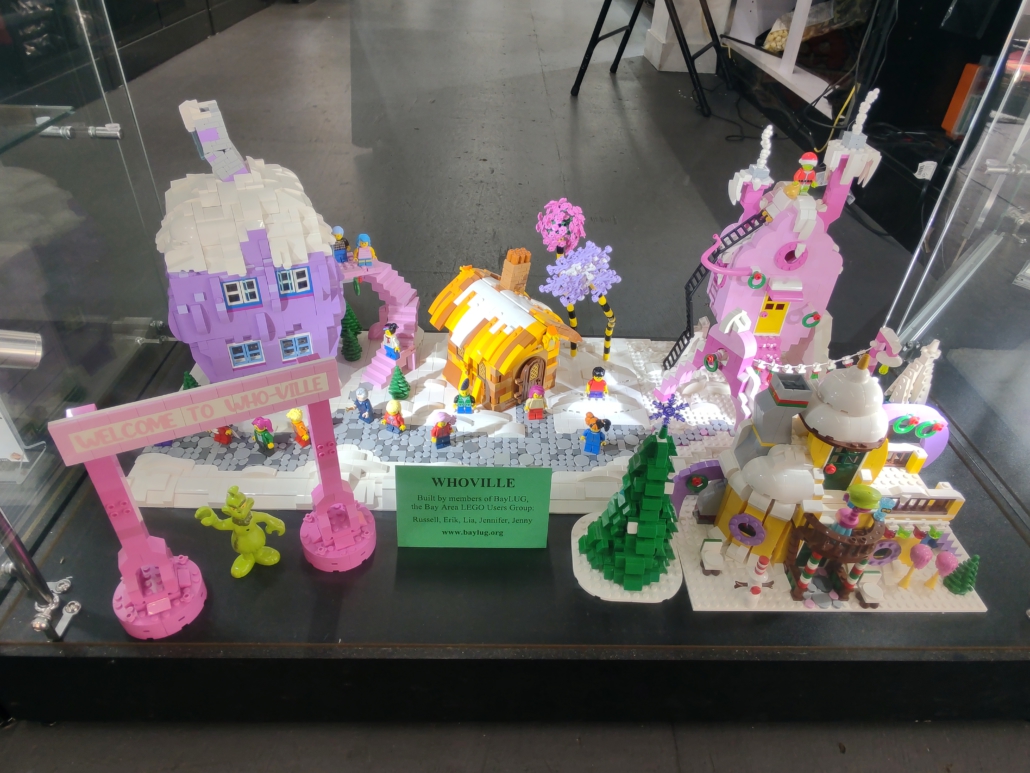 “We were down to our last 3 boxes of LEGO®, but that definitely is not the case now. Thank you for the amazing connection to Fairy Bricks and a very generously sized donation,” said Cindy Kwong, Community and Volunteer Liaison for Child Life Services at UCSF.

Fairy Bricks is a U.K.-based charity that was founded in 2012 solely to give LEGO to children in hospitals and hospices. BayLUG began partnering with the organization in 2021 during the pandemic.

“It’s just great that we can help get LEGO into the hands of children who really love and appreciate it,” said Russell Clark, President of BayLUG. “We’re working with Kevin [at Fairy Bricks] to see if we can fundraise and donate to additional hospitals each year.”

If you would like to help expand the number of sets available to donate, please consider a gift of funds during BayLUG events. 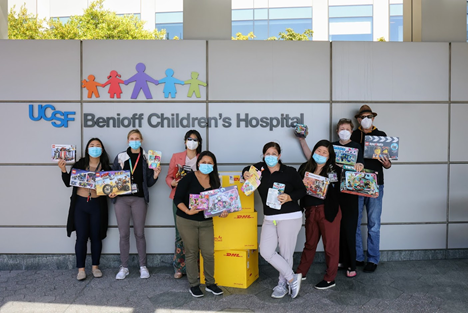 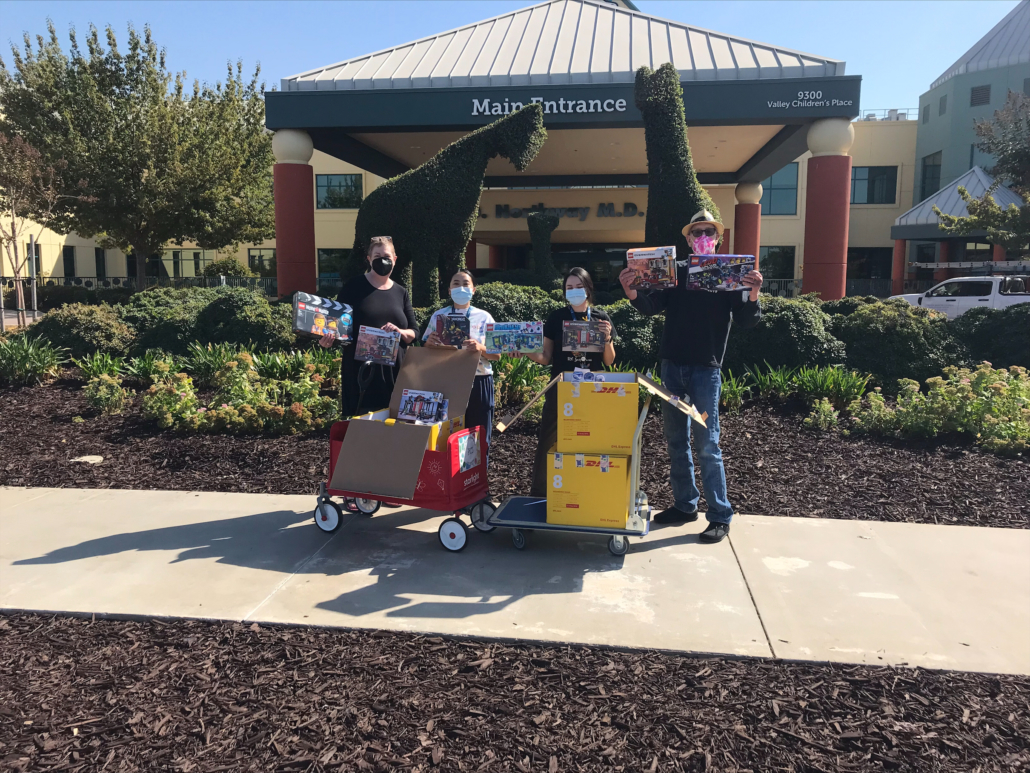 Last month, BayLUG members Flynn & Richard were finally able to install their LEGO MOC in the LEGO House in Billund, Denmark as part of AFOL Day during Skaerbaek Fan Weekend. 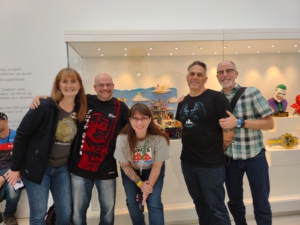 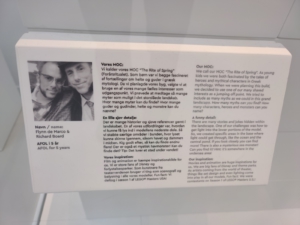 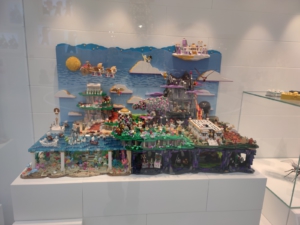 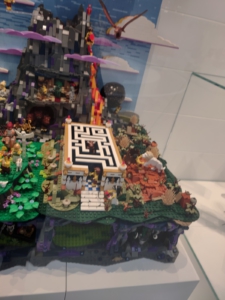 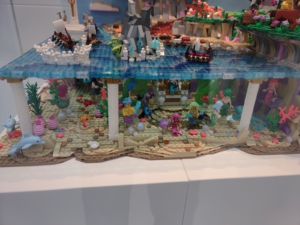 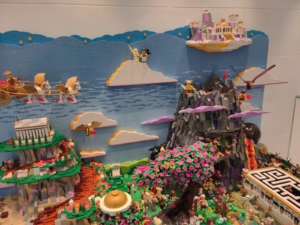 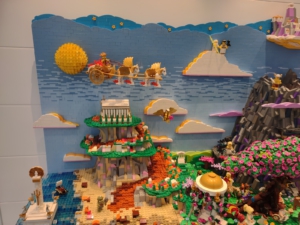 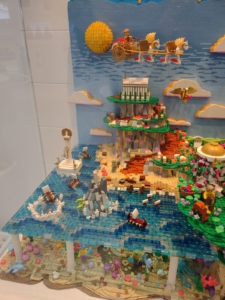 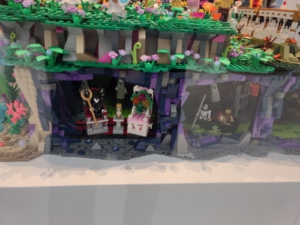 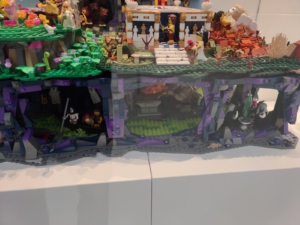 BayLUG members Chris C. and family attended, and provided us with this report.

From July 18th to Aug 14th 2022 the Legoland Discovery Center was host to their second Ninjago Training Camp. This camp hosted a collection of special interactive and upgraded experiences at the Discovery Center for Ninja of all ages to enjoy during the summer season. Similarly to their other annual events, this event hosted a number of small change to their normal offerings as well as a few smaller but new activities as “The path we seek is never a straight line”…MW

When you first enter the Center you are welcomed with a special themed photo opportunity and you are presented with special Ninja headbands representing the various characters from Ninjago. This helps sets the stage as once you enter the main center, you will notice that there are Ninjago themed decorations and music playing throughout the venue but don’t worry there are no snakes around as you can “Never trust a snake”… MW

In addition to the normal attractions, there are a few new or revised attractions for the event. One of the main events is a “Hide and Seek” style event where you can search for the 7 main characters from Ninjago who are hiding in Miniland to earn yourself a special Ninjago collectible token. In addition, the Ninjago 4D attraction seems to be scheduled more often and there are Ninjago themed posters and branding throughout the other attractions trying to apply a virtue of Ninjago to that activity to tie it to the event. The Ninjago section of the Center also seems to be refreshed with new brick and additional figs for guests to play with as well as a new “balance the scales” activity which is basically just a scale built out of lego that you can mess around with which can be tricky but “Ninja never quit.”… MW

The Ninja Training Camp also hosts various Master Wu meet and greets throughout the day including a “Training Class” where children jump around like ninja and are awarded with another headband and certificate for training with the Mater himself as “Iron sharpens iron.”…MW

The build events were traditional mini builds and some were themed with dragons. Also, on the weekend they host a mosaic build where guests can build a specific piece of a large Ninjago mosaic and work together as a team to complete the mosaic but guests need to be careful that they don’t make a mistake and should remember Master Wu’s teaching “Change anything, change everything.”…MW

In general the other attractions are all the same with no major revisions or changes. We have attended the center for over a year now with season passes and noticed a few other general changes as well. The Miniland has grown a lot over the past year, the main buildings are the same but there is considerably more details now all throughout the land which is nice. The café layout was also adjusted and we noticed some new offerings. The staff mostly did not have any minifigs for trade though which was a big bummer and very unfortunate as the kids always love trading at the center. Also the retail store was much more stocked then in the past and the Pick a Brick wall was fully stocked which was great.

In general it was a fun event with some small thematic edits and changes to change up the venue a bit to help drive repeat guests and provide more value for season pass holders. We had a great time and for anyone who is wondering if they should go, “Never put off until tomorrow, what can be done today.”…MW

Bricks by the Bay was held in-person this past weekend after going virtual for two years. BayLUG debuted our 2022 Dia de los Muertos collaborative display inspired by the movie Coco. Besides several members winning trophies for their portions of the display, BayLUG received a Large Displays Best Story Telling trophy!

On Saturday, April 16th, the new Brickmania Mare Island store in Vallejo held it’s grand opening. Several BayLUG members met at the store to shop, and then we went to lunch. The store is definitely worth visiting.

On Friday, September 3, the new LEGOLAND Discovery Center Bay Area in the Great Mall in Milpitas held it’s first ever adult night. BayLUG represented with members Russell and Mike attending. The theme was Pirates and a building contest was held. Mike’s entry won second place! Included are a few pictures of Miniland and our builds, plus the mascot Millie the Giraffe.

They were blown away by the donation. LEGO is the number one thing requested by the children. As a result of our donation, once COVID-19 restrictions are lifted, BayLUG is planning on starting regular LEGO play days at the house.

For this year’s iteration of the Designer Program, the BrickLink and LEGO® Ideas teams invite select LEGO Ideas 10K Club projects to fulfill the dreams of its talented fan designers and supporters.

How does the Designer Program work?

Get to know each project, and follow along to keep up with status updates. You can show the fan designers your support by rating how much you like the project and leaving comments!

This site uses cookies. By continuing to browse the site, you are agreeing to our use of cookies.

We may request cookies to be set on your device. We use cookies to let us know when you visit our websites, how you interact with us, to enrich your user experience, and to customize your relationship with our website.

Click on the different category headings to find out more. You can also change some of your preferences. Note that blocking some types of cookies may impact your experience on our websites and the services we are able to offer.

These cookies are strictly necessary to provide you with services available through our website and to use some of its features.

Because these cookies are strictly necessary to deliver the website, refuseing them will have impact how our site functions. You always can block or delete cookies by changing your browser settings and force blocking all cookies on this website. But this will always prompt you to accept/refuse cookies when revisiting our site.

We fully respect if you want to refuse cookies but to avoid asking you again and again kindly allow us to store a cookie for that. You are free to opt out any time or opt in for other cookies to get a better experience. If you refuse cookies we will remove all set cookies in our domain.

We provide you with a list of stored cookies on your computer in our domain so you can check what we stored. Due to security reasons we are not able to show or modify cookies from other domains. You can check these in your browser security settings.

We also use different external services like Google Webfonts, Google Maps, and external Video providers. Since these providers may collect personal data like your IP address we allow you to block them here. Please be aware that this might heavily reduce the functionality and appearance of our site. Changes will take effect once you reload the page.